She is, hands down, the most beautiful creature on earth. But beauty can wound, and Mya finds herself reviled and shunned by her peers. If there is even a chance that she could start over, Mya longs to take it, no matter the risks.

So when the strange Mr. Merk offers her a new life away from home, Mya is hesitant but hopeful. Only she didn’t count on the mysterious Ross, or her feelings for him.

BEAUTIFUL CURSE is a contemporary retelling of the myth of Psyche and Cupid.

Thank you to Fantastic Flying Book Club Tours for providing me a digital review copy of this book in exchange for an honest review. This does not affect my review in any way.

Beautiful Curse was definitely a weird book and sadly, it was not the “good weird” I’ve been hoping for to read. The plot was promising as it was the contemporary retelling of Cupid and Psyche.

Mya Jones, a junior, suddenly became very beautiful on the last day of summer vacation. She went to school the next day full of confidence because her appearance just magically changed. When her best friend Elaina saw her newly transformed face, she acted weird and started to ignore Mya. Here’s what I didn’t like: there was no explanation of how Mya really looked like before. I didn’t get a clear vision of both her “before” and “after” face. Second, why did Elaina just ignore Mya? I get that maybe she’s jealous and all because her best friend just transformed into a supermodel look-a-like but Mya has been bullied by her schoolmates just because of her pretty face why didn’t Elaina stick up for her?

Also why did the whole school just hated Mya for being oh-so gorgeous? They spread nasty rumors about her like hooking up with a teacher. Again, I get that the students might be jealous of her but why did one person not tried to be her friend? Mostly, if a girl gets so pretty over the summer, people from school would try to get close to her, yes, people would try to bring her down with rumors and all that high school bullshit but I just know that at least one person would try to be her friend. Even a teacher is giving her bad time at classes just because for being pretty and I think that’s just stupid.

After the first day of school, Mya’s mom left her and her dad. The stupid teacher told her that her mom left her because of her beauty and so she believed it. She didn’t even think that her parents might have their own problems that were the cause of their separation.

Then after the first half of the book insta-love came in. I’m okay with insta-love as long as it is executed well but it wasn’t in this book. Mya was whisked away from her dad to be with Ross a.k.a Cupid. She didn’t try to put up a fight with the strange Mr. Merk while she was brought to his palace. Her dad was sad all the time because of the fact his wife left him so why did Mya let herself be away from her dad? I get that she’s also having a bad time at school but it’s her dad and I think she shouldn’t try to get away from him just to escape her terrible life. Then, after dining with Ross for very few times she told me she loves him.

Why did she tell him she loved him? Is it because of the things he gave her? The escape his palace gave her? They haven’t been together for a long time. They basically meet at dinner only. It’s weird that she can’t even see him and in modern times I know that almost all teenage girls would be creeped out at that.

I thought one of the “lessons” of this book was that you can love whoever you want even though he/she is not beautiful in appearance then why did Ross only notice Mya when she became gorgeous?  Also, why did she become gorgeous? Is it a god’s doing?

However I liked how the author explained the description of the palace it was well-written and I felt that I really am inside it.

As you have noticed I have a lot of questions. This book really has an interesting plot but the bad decisions and insta-love ruined it for me. I still think that some people will like this if they’re new to Greek mythology retellings and/or are overly romantic (some of my classmates are).

What are some of the retellings that didn’t work out for you?

Jen McConnel first began writing poetry as a child. A Michigander by birth, she now lives and writes in the beautiful state of North Carolina. A graduate of Western Michigan University, she also holds a MS in Library Science from Clarion University of Pennsylvania.  When she isn’t crafting worlds of fiction, she teaches college writing composition and yoga. Once upon a time, she was a middle school teacher, a librarian, and a bookseller, but those are stories for another time.  Her fiction titles include DAUGHTER OF CHAOS (YA), THE SECRET OF ISOBEL KEY (NA), and the recently released sequel, HER SECRET INHERITANCE. Visit http://www.jenmcconnel.com to learn more. 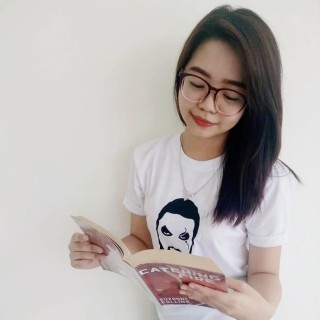